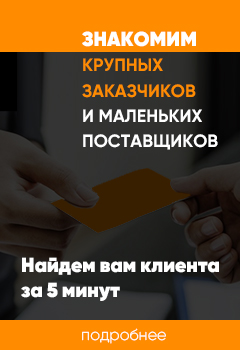 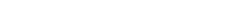 2008 was the year of rise and unprecedented growth of the pharmaceutical market in Russia. Market capacity

People started to buy more goods and spend more money on their health. As a result, the volume of commercial

segment growth was influenced by two factors: increase in drug prices and increase of real consumption. In

previous years, these factors had significantly lower influence. Price index of the commercial segment of drugs

The financial crisis, which gained force in the 4th quarter, affected the market capacity in terms of foreign currencies.

dollar equivalent, in the last quarter of 2008 the dollar moved up by 16% that leveled difference between growth

figures. As a result, market increased only by 28% in terms of dollar.

In 2009, the commercial market of drugs will be mainly influenced by the financial crisis. This will be expressed in

inflation with respect to drugs, particularly due to price growth the market will increase in value terms (according

to our forecasts, the growth presumably will amount to 30%). In real terms the market will decrease.

The state segment also demonstrates growth. In most cases, it is associated with the DLO program. Drug Reimbursement

nosologies were combined in a separate program, as a result, consumption of these drugs increased almost

threefold. It was allocated a total of 73 billion rubles to finance the DLO program in 2008. According to the

monitoring data provided by healthcare authorities of the constituent entities of the Russian Federation in 2008,

medicinal products for the total amount of 66.2 billion rubles were supplied to regions (32% higher compared to

The segment of hospital purchases increased by 17% compared to 2007, and its volume was 54 billion rubles.

The parapharmaceutical market growth rate corresponded to the general market dynamics; in 2008, this segment

increased by 28% and amounted to 101 billion rubles. The largest segments of parapharmaceuticals are

beauty products (19%) and NS (16%). In the reporting year, growth rate of this segment was slowed, and the

market demonstrates saturation. In consideration of market trend (and financial crisis), this sector of pharmaceutical

sales will be mostly affected according to our forecasts: in 2009, parapharmaceutical sales will grow

twice slower than the market as a whole.

In 2008 TOP-10 pharmacy networks grew a bit faster than the market, TOP-10 increased by 29% according to

annual results. This allowed networks to increase their market consolidation level only slightly. As a result, the

share of pharmaceutical networks amounts to 22% versus 21% in 2007. The increase in the number of outlets is

significantly lower than that in the previous years – in total, the number of outlets belonging to TOP-10 increased

breakthrough; for the year it showed 3-fold increase in terms of turnover.

place and held more than 22% of pharmaceutical market share in Russia. PROTEK occupied the second line

Mergers and acquisitions wave continues in the manufacturing segment. Manufacturers try to strengthen their

position on the market through extension of the portfolio with generic drugs. The change of the leader was the

event of 2008 for the ranking of manufacturers: due to higher growth, NOVARTIS occupied the first line by drug

4. Sales value in the hospitals segment

7. Distribution segment of the pharmaceutical market